I got fitter just by weighing less – I hadn’t realised what a huge difference carrying extra weight can make. 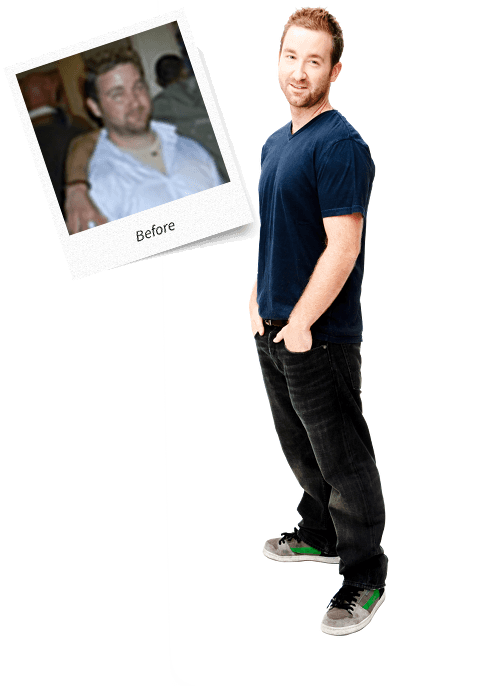 Before I lost weight I had a typical bloke’s lifestyle. I was going out five nights a week and sinking seven beers each night. And my diet was just as bad. I’d eat three bags of crisps a day and loads of junk food. The weight crept on and by the time I was 25 I had a beer belly and weighed in a hefty 13st 8lbs. I knew I had to start a new healthy regime, but it was easier said than done. I tried to diet but didn’t manage to stick it out. And then I discovered Diet Chef on the internet. The hardest thing about starting Diet Chef was adapting to smaller portions – I’d got used to eating massive quantities. But after a few days your body adapts and you stop feeling hungry. In fact, Diet Chef gave me a clearer idea of the proper portion size. I also became much more conscious of the nutritional value of different foods. I also changed my drinking habits, as I could see it was going to be a problem if I was going to diet. To make it easier, I cut back going to the pub to just one night a week. I took one day a week off the diet, but otherwise I followed the programme pretty religiously. If I had to eat out I would make sure it was something healthy. I tried most of the Diet Chef dishes, the curries were my favourite – they taste really authentic. I didn’t exercise during the diet, but I got fitter just by weighing less – I hadn’t realised what a huge difference carrying extra weight can make. My lifestyle is better now. Before Diet Chef, I’d try to run a six mile circuit and I’d be able to manage the first mile and then walk the rest. After the diet I was able to run the full six miles. I now love running and I’m even planning to run a marathon – something I couldn’t have managed a year ago.
Previous story Next story
Join over 250,000 people who chose Diet Chef
Get started now