I tried to diet but never managed to stick to it, then I discovered Diet Chef. 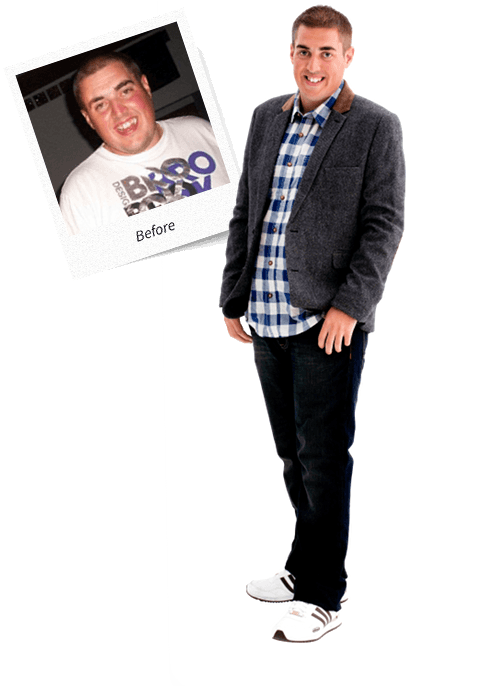 Growing up as a teenager, I was always overweight for my age but was still active in sports and activities with my friends. Over the last couple of years I had been gradually piling on the weight and being less active. When my weight reached 19st it was an almighty wake up call. I’d never dieted before. I chose Diet Chef because there was lots of choice and looked the best method of dieting. The first few days I found it surprisingly easy. The first few weeks after that did require some willpower to resist the takeaways and pub lunches I was used to. But then once I was in the new regime of eating I was feeling great about it. I lost 7lbs in the first month and that really motivated me to keep going. After losing 2st I noticed such a difference in my energy levels I started concentrating on my fitness levels again. I’d bought a treadmill before Diet Chef but was shocked to learn I was too heavy for it. I can now run 10k no problem and I’m exercising harder and for longer. I can now proudly say, even with a week off whilst I was on holiday in the middle of it all, I’ve lost 5st. It’s quite a good feeling when you see friends or people that you haven’t seen for a while and the looks on their faces like they have to check it’s really you. It’s also great that I can go shopping and buy clothes I like instead of the ones that came in in my size. When I look back at the start, I didn’t think I would have managed to lose this amount of weight and stick with it. I’m so glad I did it, this little bit of sacrifice has certainly given me the rewards.
Previous story Next story
Join over 250,000 people who chose Diet Chef
Get started now